Where our best wines are born. Thoughts by old thinkers and historical drunkards.

The Vine, strongly necessitates other elements for example climatic conditions, has minimal soil requirements; the relatively poor soils are those favored by our magnificent plant. It is the composition and the texture of the soil that enables us to understand what is adequate for the cultivation of the vine and which particular variety should be planted: limestone, marl, schist, clays and also others are the most common components of the soils destined for viticulture.

Limestone or calcium carbonate makes up for a large part of the soils, while marl consists of a mix of limestone and clay in the same quantity.

With friends we often have fun discovering, through the properties of each wine, from which soil it may have grown and from this, we try to understand the zone and even sometimes the producer.

Limey-arenaceous soils contain sand in small amounts: these soils give birth to balanced wines with delicate scents but are little predisposed to ageing.

If the soils tend to be rich in clay, they will be more suitable for the cultivation of black grapes obtaining wines with very lively and intense pigments, composite aromas, and important quantity of ethyl alcohol giving softness and longevity. The limey clay-rich soils of most Italian regions, as those rich with limestone in the French Champagne region, allow for great quality production.

The Chianti is the first zone in the world to be defined as an area of production of prestigious wines by a legal entity, to be utilized in such a way as in the historical law in 1716 by the Grand Duke of Tuscany, Cosimo De’ Medici III.

Since 1200, handwritten documents and chronicles have referred to the Chianti as a region where a particularly delectable wine is born.

Pedologically, the greater part of the land in the Chianti is, thanks to the origins and nature of its soils, very favorable to wine-producing crops. Shale, marl and limestone alternate between a “Pliocene plague of Astian sand to very small oases of Piacentian clays”.

Have you ever thought about how the wine is brought on a daily basis, together with the bread, to the altar to celebrate religious functions? Perhaps this deserves to be reflected upon more profoundly with respect to the pure conviviality of this nectar. 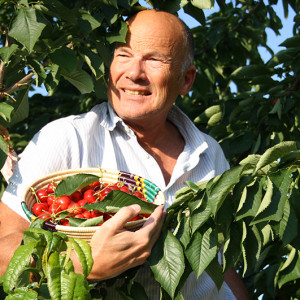 Author Giorgio In these years I have been fortunate enough to meet many small producers who with their work and their sensitivity have raised the quality of this product to levels of excellence. I will be happy to have you taste and analyze their wines with you. Go to profile